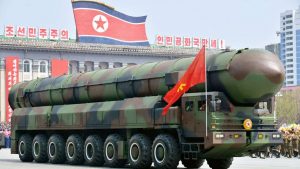 Yet it’s all over the news. Every channel. Every day.

Lots of Attention is given to it. But it’s not good news.

Even Pastors talk about it.

This place mocks us and hates who we are.

This place has attempted to hit us.

This place has attempted to destroy us.

Wicked missiles aimed right as us.

It’s on the top of the list as the worst of the worst.

Relentless. With no end in sight.

It’s NOT all over the news. Every channel. Every day.

No attention is given to it. It’s not good news.

Pastors seldom talk about it.

Even though some people think it would be a big party with their friends.

But there are no accommodations. At all. Just fire. (Jude 1:7)

Maybe You feel like You have been through Hell.

Maybe people have attempted to hit You hard enough to take You down.

Maybe people have attempted to destroy You and Your ministry.

Wicked missiles aimed right at You.

Maybe You forgot that…

You are an app on Gods Smartphone.

He opens You up Every day.

He sees Your Thirst for Him to do something more.

He sees Your Starvation for His perfect Hope.

He sees the Horrific Prison Camp You may have stepped into.

And Yet His Love for You is Relentless. (Psalm 136)

With no end in sight.

You get to be His Trip Advisor. He will use You to tell others the full gospel; how to make their Eternal Destination Heaven, and set them free from that Horrific Eternal Prison Camp called Hell.

You get to be His Yelp. He will use You by the Power of the Spirit, to tell others how to quench their thirst and hunger for righteousness; through His word.

You get to be His Airbnb. He has already given You His Holy Spirit. That is amazingly powerful accommodations. For everything in Your life. Nothing is impossible with Him. (Matthew 19:26)

You are on the top of His list as the Best of the Best!!!

North Korean President Kim Jong–un. He does not know Jesus as Savior and Lord. Pray for someone that is filled with the Holy Spirit to testify the good news of Jesus Christ to him, and that he would receive it. Pray for the military there, that their plans for destruction would fail. Pray for Christian brothers and sisters in North Korea. It is the worst nation on the planet for Christian persecution.

Sam Brownback (New US Ambassador for International Religious Freedom) Sam is a Christian. He is already under attack by the progressive left. He is starting the interviewing and hiring process for 25 staff. Pray he chooses wisely and selects born again believers. We will see revival WORLDWIDE!!! I will update you with their website, once they get it up and running.

Jim allowed Craig and I to host a Prayer Chapel.  Please pray he will be open to allow us to do this again. Lord knows our State needs prayer!!!